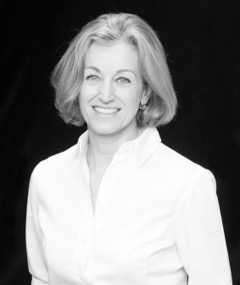 To mark World No Tobacco Day, Eurosif spoke to Tobacco Free Portfolios' Dr Rachel Melsom. Their mission is to inform, prioritise and advance tobacco free investment, the ultimate aim is to eliminate tobacco from investment portfolios across the globe.

Dr Rachel Melsom MBBS, BSc. joined Tobacco Free Portfolios as the UK Director in 2016 and she explained the opportunities and challenges of divesting from tobacco.

Eurosif: Can you explain to our readers how and why your organisation was set up? Who are your key audiences?

RM: In 2010, Tobacco Free Portfolio's founder and CEO Dr. Bronwyn King inadvertently discovered that most pension funds, including her own, invested in tobacco. As a radiation oncologist treating cancer patients she decided to act, and approached her fund’s executives and trustees. Over an 18 month period of discussion, information exchange and analysis, First State Super adopted a tobacco-free position in 2012. A cascade of interest followed from further superannuation funds in Australia.

The approach of Tobacco Free Portfolios is an advocacy and educative role. Our focus is on enabling the finance sector to collaborate with, and stand side by side with, governments and the health sector to address one of the greatest health challenges of our time. We engage with Asset Managers, Pension Funds, Banks, Insurers, Trustees and Advisers, and all those who are responsible for making investment decisions.

Eurosif: Do you think that governments have a role to play in eradicating tobacco from our society?

RM: Tobacco is the only industry targeted by an international treaty: the landmark World Health Organisation Framework Convention on Tobacco Control (WHO FCTC), signed by 180 Parties including the European Union, representing just under 90 % of the global population. This is one of the most widely supported and swiftly adopted treaties in history - also known as the UN Tobacco Treaty.

Tobacco is currently responsible for 6 million deaths per year globally, a number forecast to rise to 8 million annually by 2030, and to reach 1 billion this century. Tobacco use is the leading preventable risk factor for Non-Communicable Diseases (cancer, chronic lung disease, cardiovascular disease and diabetes).

Governments across the globe are implementing the WHO FCTC: increasing taxation; regulating marketing, banning smoking in public places, protecting children from smoke and introducing plain packaging are the most widely adopted and recognised controls in Europe.  Government efforts are supported and supplemented by the health community, who continue to manage patient needs and invest in developing treatments to reduce the daily health impact, mortality rate and cost of tobacco related disease.

The finance sector is increasingly aware of the need to support Government efforts in tobacco control: UN PRI has just launched an Investor Statement on Tobacco to coincide with World No Tobacco Day.

Eurosif: To what extent to you feel that education plays an important role in the fight against tobacco?

RM: Education, sharing existing knowledge, and access to detailed, accurate and up to date information are all vital - as comprehensive access to facts enables informed decision making.

Tobacco Free Portfolios work together with board members of financial institutions, on a confidential basis, informing and assisting with information on all areas pertinent to investment in tobacco - these include the negative impact of tobacco on achieving at least 13 of the 17 Sustainable Development Goals, the sizeable future risk through litigation: e.g. class action in Quebec (CAN $15.6 billion awarded against the tobacco industry, and currently under appeal by the industry) and an increasing recognition that the externalisation of costs to society is not an acceptable business model.

Eurosif: The media have recently covered the loss registered by sovereign pension funds that divested from tobacco. Do you think that this evidence hampers your cause?

RM: These reports focus on past performance, which is not predictive.

Just last month, PMI the largest publicly traded tobacco company was reported in the Financial Times (20 April 2017) to have lost $6.5 billion in market value when it missed its earnings targets, notably due to a slump in shipping volumes. A further article on Imperial Tobacco (May 3rd 2017) saw a 6% decrease in number of cigarettes sold in its half year results to March 2017.Without current currency fluctuations this would have been a fall of 5.5% in net revenue.

As tobacco product sales continue to decline, and 180 governments globally further restrict access and tighten regulations per their commitment to the WHO FCTC, past performance is unlikely to be repeated.

Chris Varco, a director at investment advisory firm Cambridge Associates notes in the Financial Times article  ‘Insurers join pension plans in filtering out tobacco stocks’  (May 8th 2017) that “We’ve had a unique set of circumstances.” He says that shares in tobacco companies have benefited from the growth in emerging market demand, and from investors’ search for yield in a low interest rate environment. Neither is guaranteed to continue.  “The circumstances of the past fifteen years are unlikely to repeat”.

Eurosif: What would you say to investors who believe they cannot divest from tobacco due to fiduciary duty?

We believe the future risk to tobacco companies is significant.  The provisions of the WHO FCTC are increasingly being implemented, litigation will increase and the business model of the industry will be dramatically challenged as the issue of child labour in the supply chain is brought to public attention.

This increasing financial risk provides a clear reason for Trustees to review their fiduciary duty in relation to tobacco.

Eurosif: What does the future hold for Tobacco Free Portfolios?

RM: We aim to expand our work globally. We are currently a team of three, and as a not-for-profit organisation, we are reliant on donations to expand our work. The increasing interest in moving to tobacco-free mandates has resulted in an ever growing number of requests for input and discussion – both one-to-one and at a wide range of finance, pension and health conferences.

There is growing momentum, and the rate of change is accelerating. The health sector has over 70 years of evidence that proves without doubt that tobacco is the number one preventable cause of early death.  We need to share this information and ensure it is incorporated into financial decision-making.  We can then help ensure tobacco-free will become the new ‘default’ investment option.